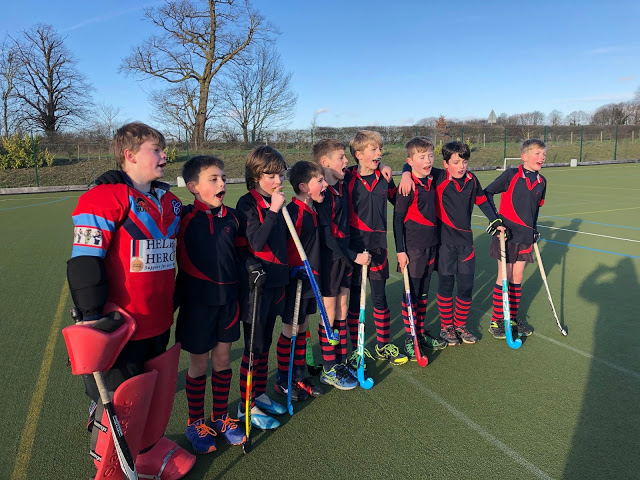 A mix of Year 5&6 boys produced an outstanding performance to defeat Witham Hall on Wednesday.
U11 B team dominate the game!
The B team played first, dominating procedures from start to finish with Oran a mere spectator in goal! Many of the boys changed positions at half time with the score at 1-0 in favour of Copthill and if it wasn’t for the excellence of the Witham goalkeeper, the score would’ve been far higher!
The second half was much the same with Copthill in no mood to repel, continuing to dominate the game and eventually winning by 4 goals to 0.
All the boys were excellent and all were awarded player of the match.

U11 A team in fantastic form!
The A team came flying out of the traps scoring a goal in the opening few seconds of the match, which proved to be the story of the match. The boys, following on from their huge ISA National winning success last week, were in fine form from back to front with Harry and Monty scoring plenty of goals between and looking like they were going to score with every attack.
The Witham Hall goalkeeper managed to keep the score in single figures with some fine saves, but Copthill were just far too skilful, determined and technically stronger than Witham Hall eventually winning the match by 8 goals to 0.
Well done to all the boys, who were all awarded player of the match.
A fantastic end to the half term for the U11 boys hockey and we look forward to our next matches away at Ratcliffe after half term.
Mr Smith